Beauty and the Beast

Snow hangs, strung above their heads,
as the tune skips and swings; beat by beat,
fingers dancing in shadows. Each table,
lit with the precision of a tin can, host
to four or more; a cluster of caffeinated
addicts—adrenaline pumping faster
than the gypsy jazz bass lines. He talks.

We listen. Or should I say, we listen
but he does not care to even try;
he works his words, watches eyes, defiles bar
after bar to find his way beyond our fret.

And then applause, hands shake before
the long walk home; a night five below
our last trip into town, and yet his coda lies
before him; an untouched strip of frost
on which he treads.
first appeared on The Lonely Crowd

The question never ends and nor do I.
I walk, occasionally I run and fall

more often than the night. Asleep,
my mind wakes dangers, a stranger lost to

of hissing black breath, of
despair, sorrow, mourning, and a

frequent question: That stranger’s
eyes are mine. Why are they sobbing?

When other children’s mums and dads appeared
at school gates, laughter mingling with the bell;
my father, five foot nothing, stood there too.
His smile as broad, as wide as all of theirs.
His eyes bright, full of joy as he saw mine.
More parents arrived across the yard, friends
shouted—Your mum’s just there; Is that your dad?
Four or five years old I was. I loved mine.

There my father stood; short, strong, stick in hand;
Your Granddad’s here, they’d call. I understand
they couldn’t see; they couldn’t know his age
meant something else. Those girls, those boys in school
would never feel as I had felt—a fool
who tried to hide their ignorance with rage.
First appeared in the anthology – Fathers and what must be said (Rebel Poetry Ireland)

The parapet slithers quarter to five smiles
at the dawn as it slides over gull cries caw /
look there / watch out / slow down.
Still the horizon hums nectar notes at the sky.

Road roars full of scooter-happy boys & girls,
two tone anthems reflect off their mirrors hoot /
wave splash / weave in / weave out.
With thunder honeybee buzz they swarm the sun.
Originally appeared on the website of the Royal Philharmonic Society 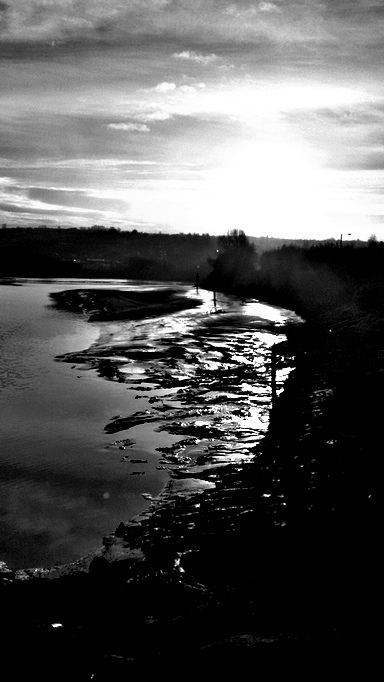 When I heard it

I wasn’t here
but I was there
I was there by the sea
by the pink asphalt
of the promenade
and I was five
I was six, seven,
nine, ten, running
for my life twelve,
fifteen. All the years
all the years between
as I heard it again
I heard the sound
the sound of seagulls
through the wall
except it wasn’t
it wasn’t seagulls
the sea was far
far as it could be
it was a puppy
left alone, alone
and it was crying
crying at the door
whilst I shed tears
tears of my own
and wanted more.

I saw a crow speak in tongues
to a snake at the fork in the road
by the baker’s shop on Wednesday morning.
I knew it was Wednesday because
the night before Gran had gone to bingo.
The snake eyed the crow with respect,
tasted the air with a flick, then a hiss,
and nodded slowly. Gran hadn’t won
but had been two away from a full house—
twice apparently. The crow flapped
its wings against the warm July sun
and called a friend high on the rooftops.
Never really understood the thrill myself
of bingo, legs eleven doesn’t fit my Gran at all,
she’s five foot two. The bird above
joined the others at the fork in the road
and it spoke too, I couldn’t make out
the words. I tried to call my Gran. My tongue
was tied. No sound came. None at all.
The two crows lifted off in unison,
the snake shrank into the shadows,
the bell of the baker’s door rang through the quiet
of the morning street and out came Gran
with a two pound loaf, eccles cakes
for lunch, and just like the night before—
she missed the jackpot by a whisker.

First appeared in The Interpreter’s House 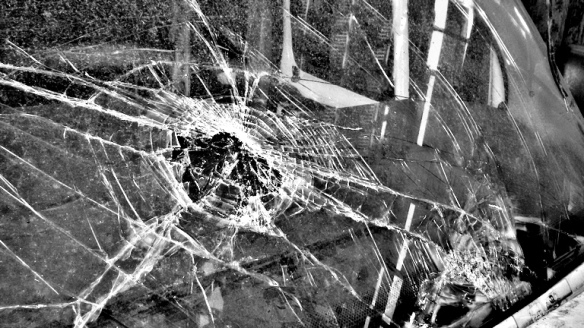 I have no what jitterbug bang, honest
tell I. It’s a coatsniffer, a real bladesharpener
of the once decreed. If I was to splurge
my verbals on the dinesurface
during poletite consternation
I’d be brought before the Magestree;
hung by my headholder till the path-
dodgers wriggled themselves unfree.
Really, it’s all about the Barnett Way
before the New Street gets rallied
home. Porter rule out my teethbasket
comes and followed swiftly by
a celebration of seized volumes.
What brings the urban forespeak
to the power of centuries? I under-
stand your daddyhome questions,
your pearly yawn, bad tattoo bliss.
It’ll be a short babyflop. Just one.
Then you’ll witchbundle no more.
I can box hat.
originally appeared on the Poetry School website